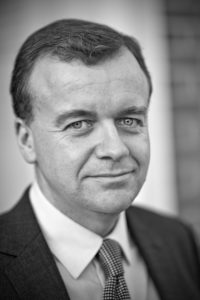 Francis is a hugely experienced adviser and advocate, recognised for his exceptional legal skills coupled with real commercial awareness. He is well known for his ability to understand clients’ concerns and to find practical solutions. Clients know they are in safe hands with his brilliant advocacy and clear advice.

He appears regularly in Courts and Tribunals as an advocate for taxpayers and has appeared in the First-Tier Trubunal, the Upper Tier Tribunal, the Court of Appeal and the House of Lords (now the Supreme Court) and in the Court of Justice of the European Community. He has extensive experience of litigation concerning claims against the UK government based on breaches of European law and has appeared in seminal cases establishing the liability of Member States to repay taxes levied in breach of European law and to pay compound interest on such repayments.

He also has an impressive track record in settling seemingly intractable disputes with HMRC without the need for litigation by focused and powerful written submissions made at an early stage in disputes.

Francis is a regular contributor to professional journals and has contributed to Equipment Leasing (with Clifford Chance) and to books on the impact of human rights law on tax.

Particular areas of expertise include:

European law involving repayment claims against the government, where he featured in the ground breaking advanced corporation tax litigation that led to new developments both in tax law and in the common law, see for example Deutsche Morgan Grenfell Group plc v IRC [2007] STC 1 (mistake of law claims for overpaid tax and reliance on the extended limitation period for mistake which led to successful claims for overpaid tax being made back to 1972), Sempra Metals Ltd v HMRC [2007] STC 1559 (compound interest on overpayments of tax going back to 1972); Hoechst UK Limited v IRC [2004] STC 1486 and Europcar UK Ltd v HMRC [2009] STC 2751 (both concerned with pleading and limitation issues arising from claims for mistake of law for overpaid tax).

Shipping and the tonnage tax regime

The tax structuring of complex land developments involving multiple owners including the use of bare trust pooling arrangements, cross-options and conditional contracts and the impact of anti-avoidance provisions applying to “quasi-trading” in land (Chapter 3 Part 13 of the Income Tax Act 2007)

Taxation of entertainers and performers

Trusts and personal tax planning, especially for landed estates, non-domiciliaries, entertainers, artists and musicians. He has particular experience of dealing with high net worth non-domiciled resident remittance based individuals with property and assets in the UK and elsewhere.

VAT – including issues affecting the motor trade, see for example Brunel Motor Company Limited (in administrative receivership) v HMRC [2012] FTC/03 &04/2012 (instructed by Ford Motor Company in relation to the VAT treatment of car dealerships in receivership) and BMW AG v HMRC [2009] EWCA Civ 77 (judicial review of HMRC in relation to a change of accounting periods of an associated manufacturer and exporter of vehicles). He appeared in the European Court of Justice in Freemans v Customs & Excise [2001] STC 960 concerning the VAT treatment of mail order traders.

“Transfer Pricing and Shareholders – is there a market value rule for equity transactions?”

“Expertise: “He is technically strong, covers a broad range of work, and always gives practical and well-considered advice”.

“Has experience in both direct and indirect taxation on behalf of the taxpayer. He has handled disputes relating to corporation tax, transfer pricing, IP and EU law”

“Francis Fitzpatrick continues to act for the taxpayer in a host of Revenue disputes. His compelling courtroom presence is noted by sources, who applaud him for the “tough stance” he takes in cases. “He will not be pushed over by anyone,” they say.”

” …. the highly rated Francis Fitzpatrick, who undertakes complex tax litigation and is seen as an “extremely gifted practitioner”. Clients note that “there isn’t much difference between him and a silk.””

“exudes star quality – he is calm in all circumstances, he thinks through issues and is a good choice”

“man of the future and a superb team player”

‘He has ” a high level of commercial awareness” and “an extraordinary ability to listen to points being made in conference. His written opinions are exceptionally clear and as a result of both qualities the advice he gives is clear and reliable.”‘